Escaping the poverty trap in India

Escaping the poverty trap in India 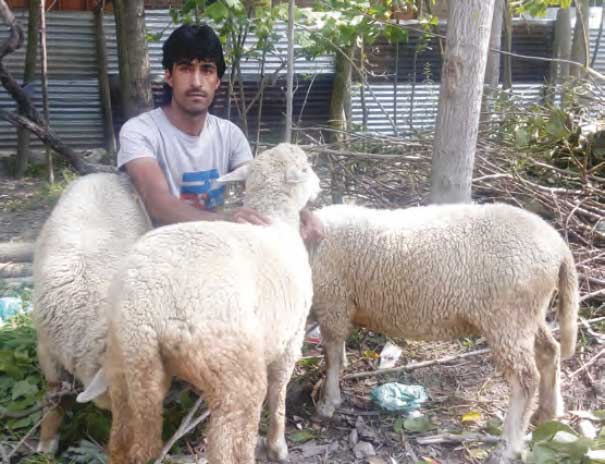 “I will rear them properly and increase the number of livestock. Two have already become three, and three will become six. Yes, I can do this.”

To keep up with debt repayments, they’ve had to sell the few remaining possessions they have left.

In early September 2014, the Jammu and Kashmir region experienced heavy and incessant monsoon rains that lasted for more than five days, affecting over 10 million people across 2,600 villages.

In the Kashmir Valley – where most people survive on agriculture and horticulture – 557km² of land was flooded. Almost a quarter of the families in the Bandipora and Baramulla districts live on less than 20,000 rupees (around 200 GBP) per year. Since the floods, many have fallen into debt after being forced to take out loans to keep afloat. To keep up with debt repayments, families have had to sell the few remaining possessions they have left. Working with IGSSS (a local, non-profit organization), Islamic Relief Waqf has funded an income generation project to help some of the worst affected families work themselves out of poverty and debt:

For 15 years, Ali Mohammad Pandith was a carpet weaver by trade. However, the floods swept his business and all of his possessions away. Ali was the main breadwinner of the family and this responsibility made him turn to money lenders when he had no other source of income. Unfortunately, this just added to their problems, and the family was left in debt, with no prospects or means to escape, trapping them deeper into poverty. In the immediate aftermath of the floods, IGSSS provided aid relief in the form of food, water, and blankets. Now, our joint project has provided the family with two of their own sheep plus the initial stock of animal feed needed to keep the sheep healthy. After just a few days, the female sheep gave birth. Ali and his family will be able to keep breeding the sheep until they have a whole flock.

“Providing me with this livestock was the only way to help me overcome the trap of poverty and debt that we are in.” said Ali.

“I will rear them properly and increase the number of livestock. Two have already become three, and three will become six. Yes, I can do this.”