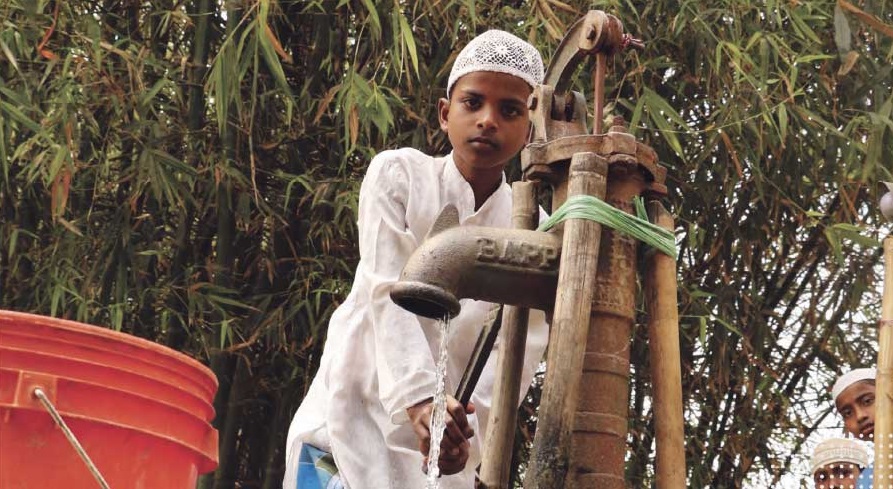 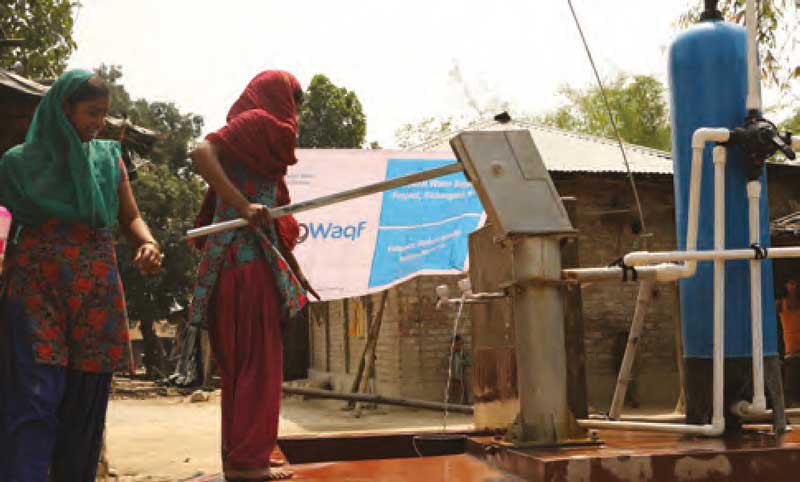 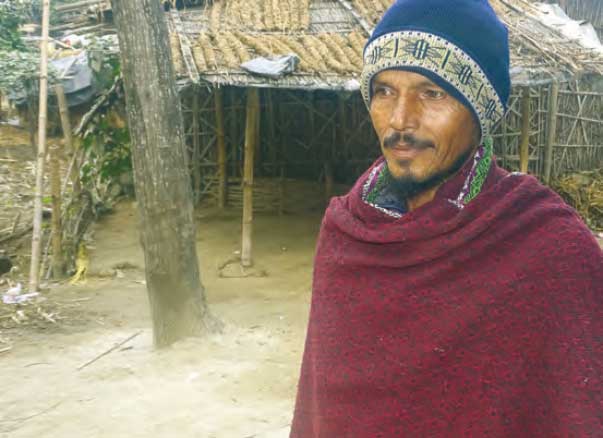 “I thank the donors and Islamic Relief Waqf. Allah will reward them all for this good work.”

The World Bank estimates that 75% of the population of India lacks access to safe drinking water.

In Bihar, people use rain, streams and rivers for drinking water due to the lack of safe water provision. Unsafe and dirty, it’s often contaminated with pollutants such as iron and faeces thus contributing to the spread of diseases.

Islamic Relief Waqf built 45 hand pumps in Pothia and Thakurganj, Bihar. The pumps have integrated systems which automatically remove the iron from the water, purifying it for drinking purposes. The pumps benefit 2,250 households, equal to approximately 13,500 people.

Members of the community were employed to carry out the installation of the hand pumps, providing much-needed work for the locals for over 160 days.

WASH committees were formed in 40 of the villages, giving the community the responsibility of maintaining the water pumps as well as promoting general sanitation and hygiene within the village. Community meetings were also held to discuss the importance of safe water and cleanliness.

Community meetings were also held to discuss the importance of safe water and hygiene.

In Zahidur’s village, Nanhakuri, almost 50% of the population suffer from gastrointestinal illnesses because of the high levels of iron in the water. Treatment costs around 200-400 rupees, which many people cannot afford. Some of Zahidur’s neighbours suffer from kidney stones and gallstones. Unfortunately, they have to endure the severe stomach pains because they cannot afford to have the operation needed.

“We do not have enough money to buy water filtration equipment, and where would we get mineral water from?” explained Zahidur.

With our purifying water pumps, his village will have access to safe water for years to come. No longer will they suffer ill health from consuming unsafe levels of iron.

“I thank the donors and Islamic Relief Waqf. Allah will reward them all for this good work.”