Ramadan in the Gaza Strip

Ramadan in the Gaza Strip

Home » Ramadan in the Gaza Strip 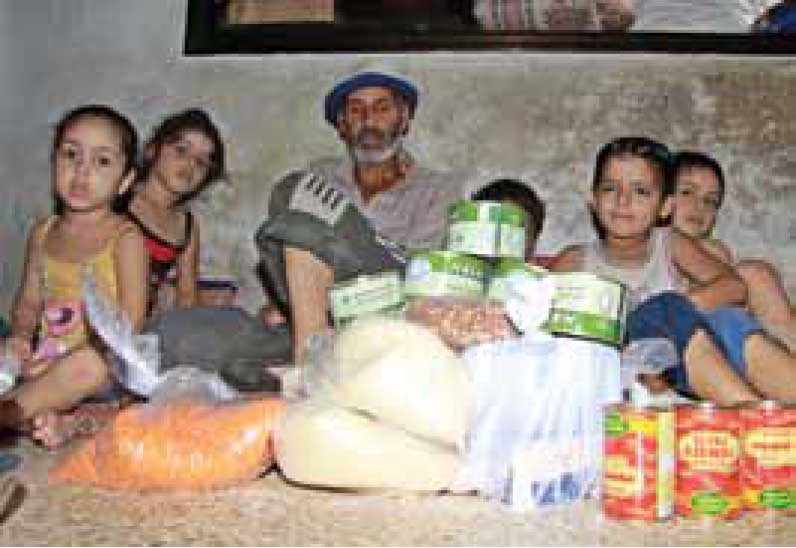 As food shortages continued across Gaza this year, waqf donors provided thousands of pounds worth of food to Gazans during the course of Ramadan. The food distribution program covered all five governorates of the Gaza Strip and targeted the poorest rural areas. Islamic Relief identified the most vulnerable families and provided them with food with which to break their Ramadan fasts and celebrate the joy of Eid.

Beneficiaries included large families, people with special needs, orphans, elderly people, widows, and those with no relatives or friends to support them. People struggling to find employment or who live in particularly remote areas were also included in the selection process, which included rigorous assessment and checks to make sure aid was distributed to those most in need. 307 food packets were distributed by Islamic Relief Palestine. They included staples such as rice, pasta, beans, and oil as well as Halal canned meat and Halawa, a popular local dessert.

In 2010, the Emergency Relief Waqf fund provided 1,800 people in the Gaza Strip with enough food for the month of Ramadan and those living in marginalized areas.

Mahmoud Hasan Ziedane lives in a three-room house in Beach Camp, with his wife and family. A fisherman and father of 11, he is the breadwinner for 23 members of his family. However, for four years the siege has restricted Mahmoud from catching enough fish, and now he struggles to support his family on less than £4 a week.

“The number of fish I catch is too little,” he said, “it is enough for less than 24 hours and sometimes I fish for an entire week without catching anything.”

The family’s daily diet consists of salad, beans, and occasionally eggs. “It harms my children that they are deprived of eating fruit and other healthy foods,” Mahmoud added, “We have not tasted meat for a very long time.”

“I appreciate the work of Islamic Relief, which works hard to help us overcome the obstacles in our life,” he said.

This year the family received an Islamic Relief food parcel, which meant that instead of the salty fish they sometimes eat at Eid, they had a range of staples as well as meat and even dessert.