Rehabilitation for disabled children in Egypt

Rehabilitation for disabled children in Egypt 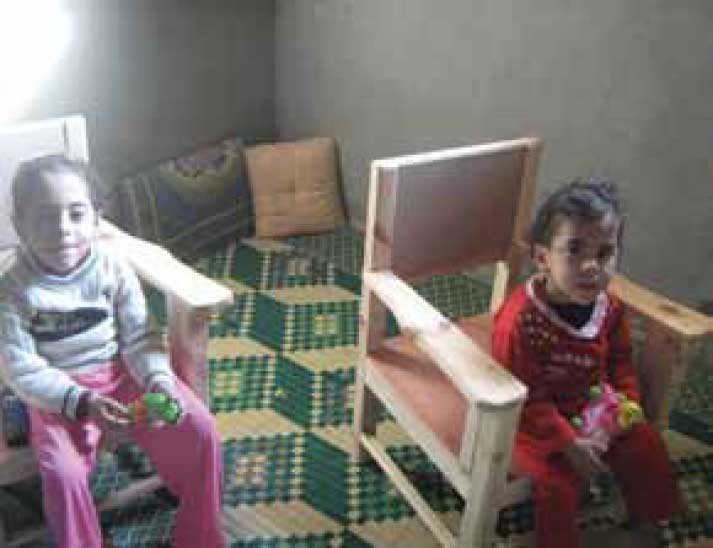 Islamic Relief’s Early Intervention and Rehabilitation Centre in Egypt provides support to children living with disabilities. The center aims to develop linguistic, cognitive social, and physical skills through specialized education, speech therapy, psychotherapy, and physiotherapy- depending on the needs of the individual. The center also offers recreational activities for children being treated, such as art and IT workshops, sports, games, and trips.

Families of children in the center can take part in activities and are also offered classes in making clothes and bedsheets. In addition to this, parents are provided with awareness and guidance training on their child’s disability. Islamic Relief’s center has also developed a Mother Leaders group, where the most qualified and trained mothers at the center offer training, support, and guidance to other families.

29-year-old Abeer has two daughters, Doha and Shourok. Both Abeer and her husband, Rabea’ Muhammad, suffer from poor health, but Abeer explains that it’s her children’s health problems that worry her. “Doha’s birth was the first joy in our lives, the labour was healthy. But after three months, she got pneumonia and was hospitalised. We had to run many tests, that’s when we realised that she had cerebral atrophy.”

This means that Doha loses brain cells and their connections. Three years later, Abeer had her second daughter, Shourok. “But it was the same scenario,” explains Abeer, “she had a healthy birth, fell sick after three months and was then diagnosed with cerebral atrophy, just like her sister.” That’s when Abeer found out about Islamic Relief’s intervention centre.

“It was like a light at the end of a tunnel,” she explained. “We have been to see so many people, but I only found this warmth and dedication at the EIRC. They were very considerate of my circumstances, scheduling appointments for Doha and Shourok on the same day. Not only did they help my children, but they also gave me more knowledge and awareness.” But most importantly for Abeer, EIRC helped her to accept having a child with disabilities. “I used to feel so ashamed of my girls. I would hide them and shut myself in my house. As a mother, I always used to feel like it was my fault. The guilt crippled me. “I’ve learnt that a disability is not a shame I should hide. All my perceptions have been altered and it surprised me how this helped the girls to get better. Now I am determined to make it up to them.”