Sustainable livelihoods for women in Indonesia

Sustainable livelihoods for women in Indonesia 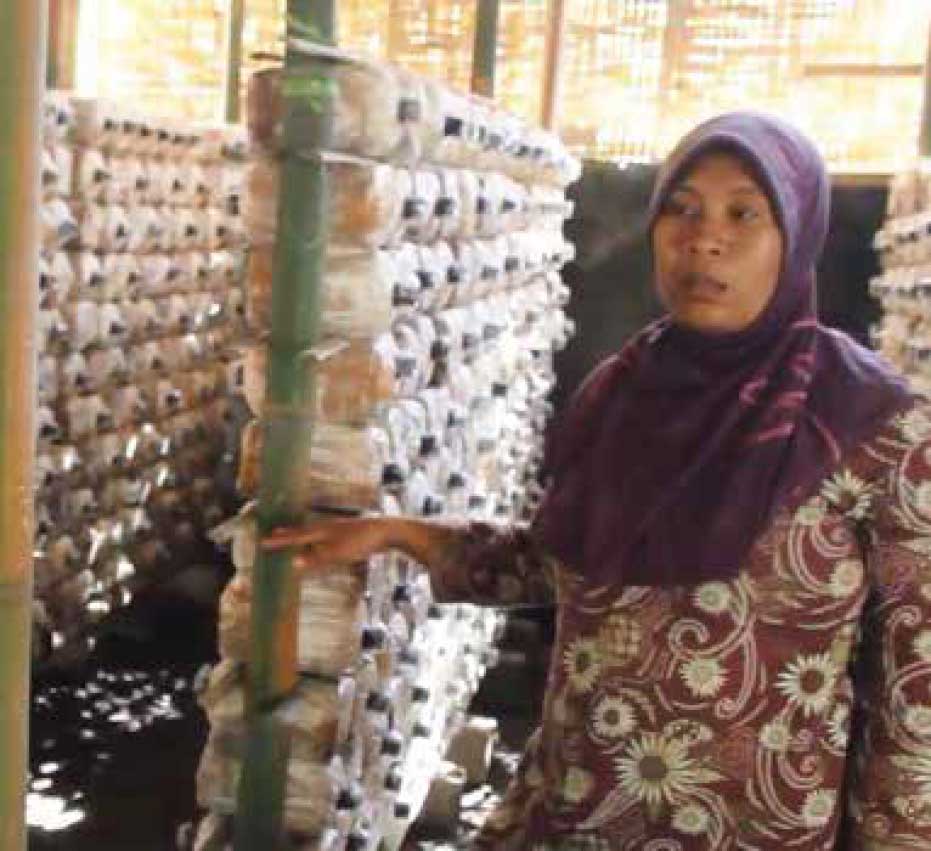 “I am doing this for my children, and for my husband to earn a dignified income.”

In Indonesia’s West Sumatra and Nusa Tenggara Barat (NTB) provinces, people living in remote villages and on urban outskirts rely on farming and livestock to make a living. However natural disasters, climate variation and dwindling farm jobs have taken their toll on the rural poor. Many people do not have access to equipment or techniques that could boost their yields and help them achieve financial stability.

In West Lombok, 60 women were given training and support to establish mushroom businesses. Ongoing support was also provided to 65 mushroom entrepreneurs from the previous year in West Sumatra, to help improve their yields and income. The women selected for the new training were either landless, farm labourers, widows, survivors of recent disasters or highly vulnerable to future disasters such as flooding.

As part of the training, the women first learned how to cultivate mushrooms and received tools, equipment, and seeds of suitable varieties. Then mushroom production sites were constructed using local materials such as bamboo and sawdust waste that would otherwise have been burnt. Later, the training focused on post-harvest management, adding value, product development, and marketing.

With the help of Islamic Relief Waqf, some of the poorest people in Indonesia now have a sustainable income to help meet the needs of their families and build a better future.

Ibu Fitri lives with her husband, Pak Hadi, and two children in Telempat village, Batu Layar, Westn Lombok. Pak Hadi is a laborer with an irregular, low income. When Islamic Relief announced the Waqf-funded mushroom cultivation project, Ibu Fitri eagerly attended the meetings and joined one of the women’s groups.

In January 2015, as her group started harvesting, Ibu Fitri noted the growing demand for mushrooms. When the group signed a contract with a buyer to supply 15 kilos of mushrooms, she feared they might struggle to meet the order as demand was already greater than supply. However, her group worked with the local Mushroom Forum to source additional mushrooms at a profit.

Inspired by this, Ibu Fitri encouraged her husband to build a small production unit next to their home to supply more mushrooms to her group. Pak Hadi now spends a considerable amount of time looking after their home unit, and Ibu Fitri has finally been able to send her children to school without worrying about their fees.

“I am doing this for my children, and for my husband to earn a dignified income.”