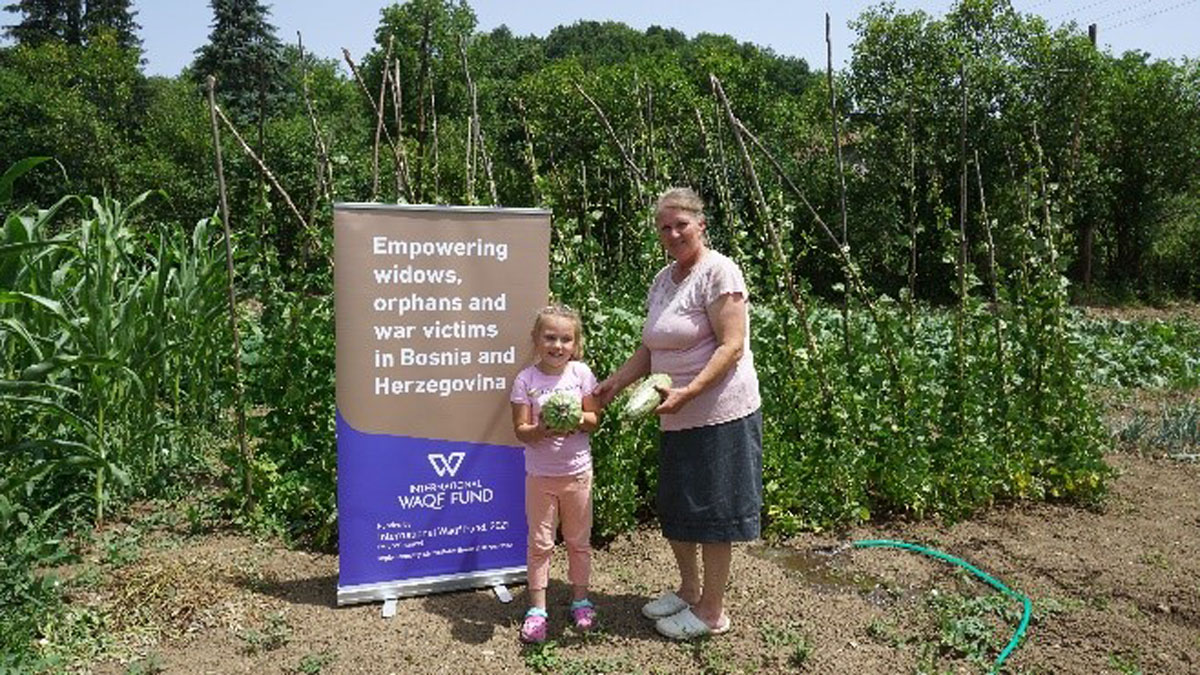 This project is a continuation from donations invested in 2017, every year this Micro-finance fund is benefiting more people in need and empowering individuals to lift themselves out of poverty and build a sustainable future for them self and their families . For the year 2020 and 2021 the recurring funds benefited a total of 98 people
We provided 98 micro-finance loans to locals in a variety of areas 49 in 2020 and 49 in 2021
42 for housing 18 for Education 38 for Business
Hana is a widow, and a mother to two young daughters. Sadly, she lost her husband to the war.
Whilst raising her children alone, the only income Hana had was from selling milk and milk products from her 5 cows. Today her main income is from agriculture.
Hana took a loan from this microfinance project to build a well on her land so she can provide water for her crops. The well has been a much needed addition to help her farm prosper and assist her income generation.

Part of the loan she used to buy seeds of different fruits and vegetables. Currently, she grows organic potatoes, beans and pumpkins to sell to her neighbours and in the market.
Hana wishes to buy a greenhouse one day.
Beside the house she also has land and her main source of income comes from agriculture. Emma has a greenhouse and a small chicken farm. She sells eggs as a part of her income.

In her greenhouse and her garden she grows: organic potatoes, beans, tomatoes, cucumbers and pumpkins. She sells all these vegetables to retrieve a decent income to sustain herself.
However, her main source of income is in the raspberries she grows and sells. This year, the price of raspberries has doubled, therefore, she has taken this microfinance loan to invest in raspberries, her chicken farm and to buy seeds for her greenhouse.
Emma, also a war widow, from a small village in East Bosnia was forced to leave her village in 1993 during the war. Her house was burnt and her family all became refugees.
She has since returned to her village, and is trying to rebuild her house that was destroyed in the war.

This website uses cookies to improve your experience while you navigate through the website. Out of these cookies, the cookies that are categorized as necessary are stored on your browser as they are essential for the working of basic functionalities of the website. We also use third-party cookies that help us analyze and understand how you use this website. These cookies will be stored in your browser only with your consent. You also have the option to opt-out of these cookies. But opting out of some of these cookies may have an effect on your browsing experience.
Necessary Always Enabled
Necessary cookies are absolutely essential for the website to function properly. This category only includes cookies that ensures basic functionalities and security features of the website. These cookies do not store any personal information.
Non-necessary
Any cookies that may not be particularly necessary for the website to function and is used specifically to collect user personal data via analytics, ads, other embedded contents are termed as non-necessary cookies. It is mandatory to procure user consent prior to running these cookies on your website.
SAVE & ACCEPT
SearchPostsLogin
Multiply your Sadaqah Jariyah, this Ramadan
Hajj: A journey of a lifetime
Sustainable futures for todays’ communities
Water, the source of all life…
Waqf Shares, helping orphans thrive
Housing families in North-west China