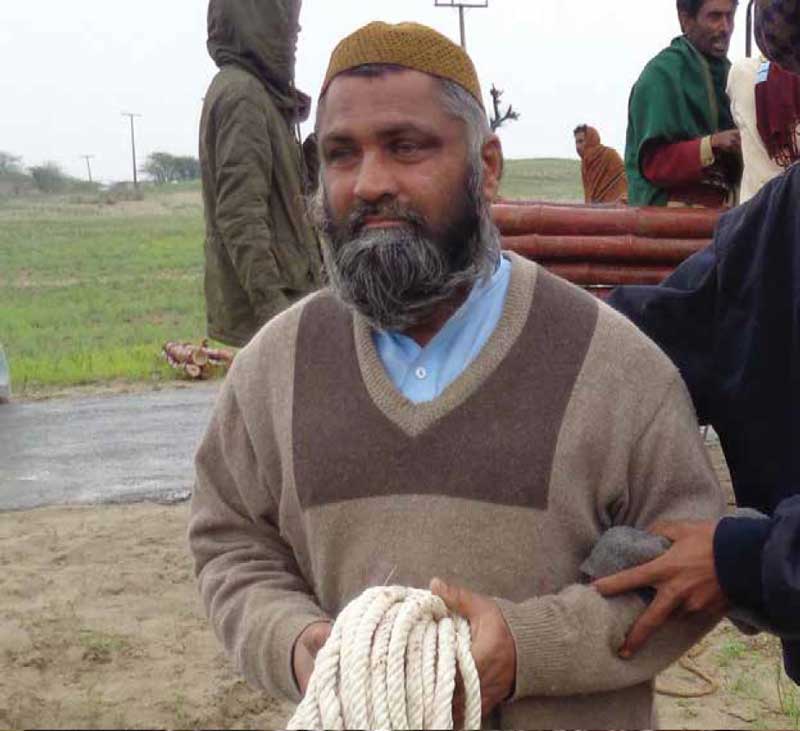 Islamic Relief Waqf supports emergency relief and disaster prevention work so that Waqf donors are among those helping people in their hour of need.

Aim: Provide 360 families with emergency shelter kits that can later be re-used to support their livelihoods.

In 2014, central Punjab in Pakistan was hit by floods during the monsoon season. Hundreds of roads were flooded and thousands of homes were washed away. In Jhang district, the worst affected area, 46,000 homes were damaged or destroyed, forcing families to live out in the open. The shelter became an urgent priority.

Islamic Relief Waqf provided emergency kits for 360 of the worst-affected families in nine villages in the Athara Hazari tehsil (sub-district). The kits were provided to the most vulnerable first – the elderly, disabled, widows, and orphans – and contained a set of tarpaulin sheets, bamboo poles, and strong woven rope to allow construction of a basic family shelter.

Local youth, both men and women, were recruited as volunteers by Islamic Relief Pakistan’s emergency response team to help assess and select beneficiaries. Local participation ensured the support of the community in protecting relief goods and allowing a smooth distribution process.

Overall, 2,426 individuals from 360 families in nine villages benefited from this emergency intervention – almost half of whom were children. Post-emergency, these kits can also be utilized for storing crops or sheltering livestock, and so will continue to benefit communities for years to come.

Working alongside Islamic Relief staff gave local volunteers an insight into emergency response, humanitarian standards, field ethics, and community mobilization – an experience that will benefit their communities for years to come.

Hafiz Muhammad Ashraf, 43, lives in Chakpatti village in Jhang, Pakistan, with his wife, two children, and elderly parents. He was born with a visual disability and has memorized the Qur’an. His entire world revolves around his home and the nearby mosque where he leads prayers and teaches Qur’an. But the monsoon floods devastated his home, leaving his family with no shelter other than the emergency tarpaulin kit provided by Islamic Relief Waqf.

“We lived many days on the road, without any shelter. The food and water we had did not last long. Our houses and everything in them were smashed by the floodwater,” said Muhammad Ashraf. “(Islamic Relief) is doing the most beautiful work in the world. To help others who are in a difficult situation, and in need of assistance is not only rewarding but is the real test of brotherhood. We are very grateful to Islamic Relief for helping in our time of distress. Many people are not in a position to rebuild their houses, so these tarpaulin kits will serve as a shelter for us to live in for now.”

Islamic Relief Waqf supports emergency relief and disaster prevention work so that Waqf donors are among those helping people in their hour of need.