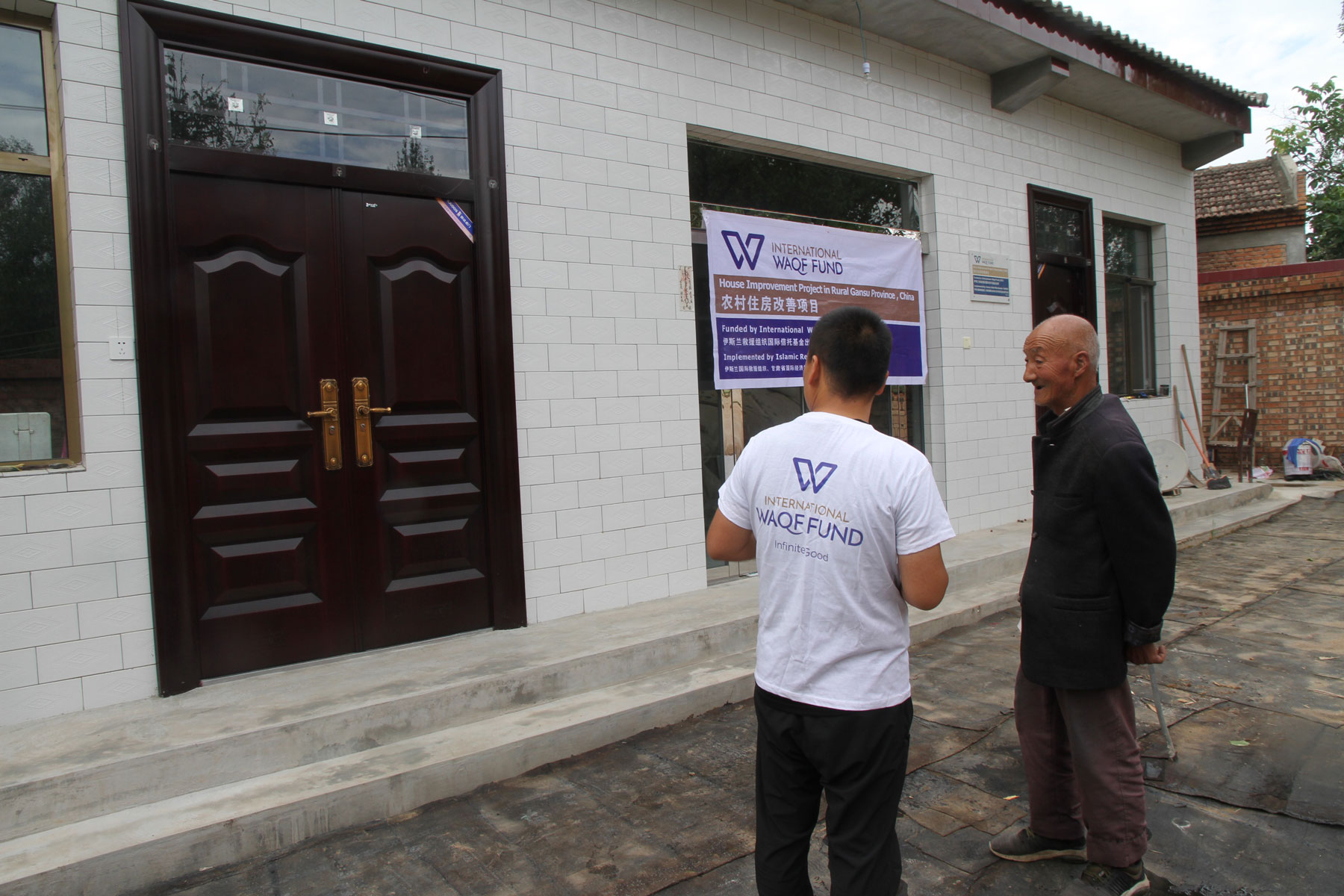 Situation: Gansu, north-west part of China is a mountainous area where drought and lack of rainfall are prevalent. The harsh natural conditions severely limit the development of its agriculture and economy.
Impact: The livelihoods of these communities are affected by poor housing, pushing them further into poverty, affecting their health, wellbeing and living standards.
Response: 10 households living in inadequate houses with no labour and low income generation ability were provided with new houses. Providing improved living standards, alleviation of poverty and improving the local community.
Jiang, a 72year-old farmer lives in a rural village in the mountain areas of China with his wife. Most of his income comes from farming. However, his farm land is small and the weather conditions in the area are mostly drought, which limits his farming income.

The house Jiang has lived in for more than 50 years is an old cave house built by his father. The house is dilapidated and dangerous for living purposes, but Jiang and his family cannot afford to build a new house or move out. Jiang was one of the 10 beneficiaries in the Zhongtei Township, and received a new house built for him from the returns of Waqf shares. This project has helped up to 9 other families like Jiang’s by improving their living standards, livelihoods and quality of life.

This website uses cookies to improve your experience while you navigate through the website. Out of these cookies, the cookies that are categorized as necessary are stored on your browser as they are essential for the working of basic functionalities of the website. We also use third-party cookies that help us analyze and understand how you use this website. These cookies will be stored in your browser only with your consent. You also have the option to opt-out of these cookies. But opting out of some of these cookies may have an effect on your browsing experience.
Necessary Always Enabled
Necessary cookies are absolutely essential for the website to function properly. This category only includes cookies that ensures basic functionalities and security features of the website. These cookies do not store any personal information.
Non-necessary
Any cookies that may not be particularly necessary for the website to function and is used specifically to collect user personal data via analytics, ads, other embedded contents are termed as non-necessary cookies. It is mandatory to procure user consent prior to running these cookies on your website.
SAVE & ACCEPT
SearchPostsLogin
Multiply your Sadaqah Jariyah, this Ramadan
Hajj: A journey of a lifetime
Sustainable futures for todays’ communities
Water, the source of all life…
Waqf Shares, helping orphans thrive
Housing families in North-west China